The State Treasury publishes a quarterly review, which includes information on recent developments in debt management and an outlook for the upcoming quarter. 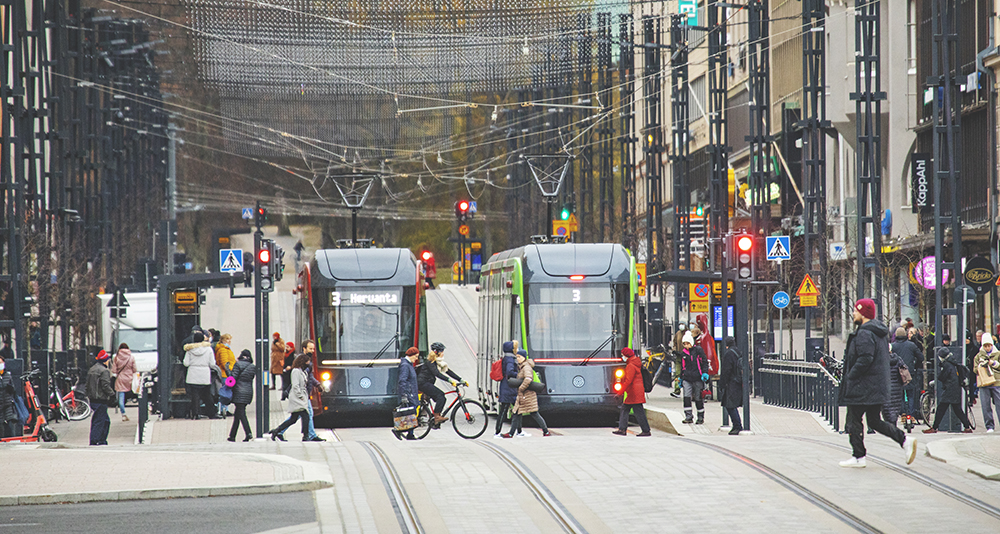 Outlook for the Finnish Economy and public finances

According to the new forecast of the Ministry of Finance, Finland’s GDP growth will accelerate to 3.4% in 2021 following, in international comparison, a rather modest decline of 2.9% last year. The deterioration of the COVID-19 pandemic in late 2021 increases uncertainty for economic decision-makers and will temporarily slow down economic growth. Finland’s GDP growth will remain at 3.0 per cent in 2022, as production in many sectors is still below the pre-pandemic level.

A high savings rate and optimism among consumers have created a basis for rapid growth in private consumption. Private investments will increase in 2021 and the trend in housing construction in particular has been positive. Global economic recovery, stimulus measures and the demand for Finnish exports in important trade areas increased both exports and imports. Inflation for 2021 is expected to be 2.2% and current account will show a small surplus.

Review of Treasury operations by the State Treasury, October to December 2021

During the same period, the Republic of Finland conducted two auctions of euro-denominated Treasury bills. The auctions on 12 October and 9 November 2021 raised a total amount of EUR 1 876 million. The auctioned bills’ maturities ranged from 6 to 10 months and carried yields between -0.760% and -0.685%. Bid-to-cover ratios ranged from 2.01 to 2.21.

The tap window for T-bill issuance in USD-denominated bills was open in November, producing USD 1 600 million of issuance maturing on 16 March 2022.

The budgeted gross borrowing in 2021 was EUR 35.9 billion, including EUR 11.6 billion of net borrowing. The realized net expenditure has typically deviated somewhat from the budgeted net expenditure. This is due to e.g. adjustments in income, expenditure and cash buffers together with transfers of allowances designated for multiple year use. These differences will be accounted for in the government financial statements. In 2021 some EUR 8 billion less funding than foreseen in the budget was sufficient to cover expenditure and safeguard sufficient liquidity and a cash buffer. Thus, the gross borrowing in 2021 amounted to EUR 27.8 billion including EUR 3.7 billion of net borrowing.

The government’s budget proposal for 2022 includes a net borrowing requirement of EUR 6.912 billion. With redemptions of EUR 21.638 billion, the gross borrowing requirement amounts to EUR 28.550 billion. The funding strategy of the Republic of Finland remains the same as in 2021 given the similarity in funding amounts.

Approximately 60% of the gross funding required will be funded in long-term maturities, and the rest will be covered with short-term Treasury bills. During 2022, three new euro benchmark bonds can be expected. The first euro benchmark bond syndication is expected to take place in the first quarter of the year.

In terms of bond maturities, the 10-year and 5-year benchmark bond maturities will be complemented by a longer maturity benchmark bond. The exact maturity of the long bond will be subject to market conditions while aiming at a balanced bond curve with liquid 15- 20 and 30-year maturity lines. As in previous years, issues under the EMTN programme are likely to complement the euro-denominated benchmark funding during the year, market conditions permitting.

In addition to the new issues, tap auctions of existing euro benchmark bonds will be conducted. The State Treasury will publish a quarterly bond auction calendar for 2022. Auction dates together with target volumes are published quarterly in advance on Serial Bond Auctions. The first auction will take place on 18 January. Full details of each auction are published a few days prior to the auction date post market consultation.

The auctions of euro-denominated Treasury bills in the first quarter of the year will take place on 8 February and 8 March. The auctions will be arranged in the Bloomberg Auction System and are open to the RFTB dealer group. Further information on Treasury bill auctions and a quarterly updated auction calendar will be published on Treasury Bill Auctions.

In addition to Treasury bill auctions, a sporadic issuance window may open during the first quarter of the year. The timing of the Treasury bill issuance is subject to the liquidity position and refinancing needs of the central government. Treasury bills are issued in euros and US dollars with monthly maturity dates.

The next Quarterly Review will be published on 31 March 2022.