In 2022, the political commitment to higher level of R&D spending was sealed by legislation. 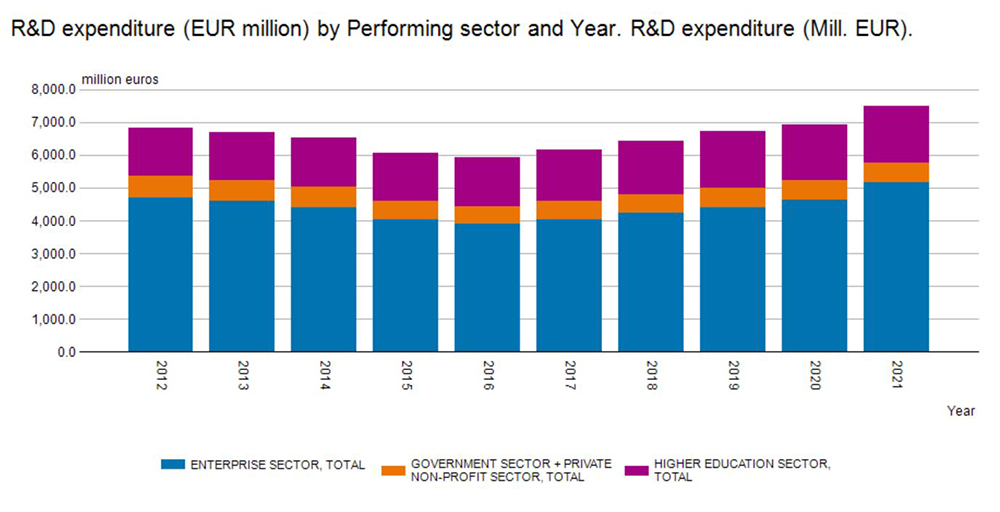 4% of GDP target enshrined in law

A new R&D funding law, that was approved by the parliament in December, sets the annual level of central government R&D expenditure in a way that raises public sector R&D expenditure to 1.33 per cent of the GDP by 2030 under the projected economic development. The legislation came into into force in 2023.

Alongside R&D funding law, a law for a more extensive and permanent tax incentive for R&D activities was approved in 2022.